Is Meat The New Smoking? Why You Should Think Bigger.

Bacon isn’t the new smoking, but you don’t get an all you can eat pass. Here’s why.

So much of this week’s food and nutrition news has been devoted to the media headlines that bacon (and other processed meats, as well as red meat in general) is the new smoking. Or asbestos, depending which news outlet you read regularly. So what does this mean? Is bacon as bad for you as a cigarette? Quick answer is hell no-smoking is a high dose of poison. Meat certainly is not.

Read on for a balanced take on what the science says and how this applies to what you eat.

The IARC (International Agency for Research on Cancer) is a branch of the world health organization (WHO). Their report has placed processed meats in carcinogen group 2A: probably carcinogenic to humans (along with smoking, asbestos, among other things) and red meat of any kind in group 2b: possibly carcinogenic to humans. This is based on a range of evidence that includes population studies (epidemiology) and mechanistic studies (typically animal models that test the “how” or mechanism).

Now this sounds pretty serious- being in the same category as smoking must be a death sentence right? Wrong. These categories do not take in to consideration how likely or high the risk is- just that there is some evidence, somewhere, that in some conditions it can act as a carcinogen. Let’s look at what the evidence is, what the strengths and limitations are, and how it applies to you (feel free to scroll down if you just want the short and sweet take home).

The IARC report tells us that 50 g of processed meats daily will increase our risk of colorectal cancer by 18%. What is that in real terms? That means you need to be eating 2 slices of bacon, a hot dog or a similar serving of processed meats every day- and if that is the case, amongst those people there will be an extra 8 cases of colorectal cancer for every 100,000 women or an extra 11 cases per 100,000 people for men. That’s not insignificant, those are real lives affected by cancer. As a dietitian who has worked extensively in cancer care, I do not take any of those numbers lightly. But we also need to remember that those numbers do not apply to those of use who eat processed meats sometimes- say a couple slices of bacon on a Saturday morning. It also isn’t a clear cut cause and effect. So let’s be clear- no all you can eat pass on the bacon. But should you start a bacon moratorium? Probably not. Let’s have a look at what the science says.

Side note: A carcinogen is any substance that is capable of causing cancer in living tissue

Causes, Correlations and Other Research Limitations

Research on this topic has some inherent flaws. We’ll look at it from two fronts- general flaws with epidemiological research that much of these guidelines are based on, and specific missing links in the mechanistic research.

Like much of nutrition research, we rely heavily on epidemiology. These large scale population studies follow habits like eating red meat, exercising and smoking and track health outcomes (like cancer, heart disease and diabetes) in an attempt to make links between behaviours and health. This is an incredibly important area of research thanks to the large sample sizes and “big picture” outlook; but we need to remember that correlation (a link) does not equal causation.

One of my favourite examples of this (thank you Freakanomics) is that shark attacks increase when ice cream intake goes up. So you should stop eating ice cream, right?

Of course that sounds silly, but these kind of jumps are made off of single studies by the media, and sometimes the authors, all the time when it comes to food and nutrition. In this case we know the likely cause is the warm weather causing both increased ice cream intake (yum) and increased time spent in the water. When it’s not yet clear what the confounding factors are, we often take these studies and links as plain fact which only muddies the water for regular people trying to eat well.

Another confounding variable we know undermines solid conclusions from population research is “healthy user bias” and “unhealthy user bias”. Those who are following current “healthy eating” guidelines like reducing intake of red meat are also more likely to exercise regularly, not smoke, eat more vegetables, sleep more …all the things we know are also important for reducing inflammation and thus cancer risk. The opposite is also true. Those with higher intakes of foods generally considered unhealthy also practice other unhealthy behaviours- smoking, low activity, high intake of processed foods (meat and otherwise) and refined carbs, and low intake of nutrient dense “repair” foods like vegetables and fruit. Some studies make an effort to control for this, and some do not.

The final flaw is the single-minded focus of correlations like red meat and cancer. It doesn’t look at the big picture. Do those with a high intake of red meat and also excellent intake of vegetables still have an increased risk? Are those who don’t eat any red meat but don’t eat much in the way of vegetables and fruits lower risk? These are the kind of questions that help us find clarity in epidemiological research, “controls” if you will. But, they are hard to pull from the data and as of yet have not been well studied. They also don’t make good headlines, which is true for so much good, balanced research.

“How Does It Work” Studies:

We have mechanistic (the “how does this work” part) studies on animal or test tube models to help us figure out what the correlations, or links, in population studies mean. In the cancer and meat realm, we do have some of these types of studies that point to different ways that processed meats may contribute to colon cancer. But, science is always limited by what we do not know yet, and in this case the role of diet on the microbiome (our community of gut bacteria that heavily influence all of our systems- including inflammation and cancer development) is a confounding factor. As is the role of other foods eaten with meat. So let’s look at the different possible mechanisms and put them in to perspective.

Nitrites are what we use to “cure” or preserve meats and have been shown to convert to nitrosamines by bacteria in our gut, but also by enzymes in our bloodstream. Nitrosamines are heavily linked to cancer development in tissue studies.

Hmmm. This sounds pretty damning, no? Well, what if I told you that many vegetables were also high in nitrites (in fact, celery powder is so high in nitrites that they use it to preserve the so called “nitrite free” processed meats- don’t be fooled).

High nitrite veggies like spinach and arugula have up to 250 mg of nitrite per 100 g of the food. Processed meats are capped at 0.02 mg/100g of food. That is a whopping gap.

How about our own saliva? Also filled with nitrites. Some studies show a protective effect, and that it is involved in lowering blood pressure (this is actually how a common medication- nitroglycerin- works) and improving athletic performance (I’m looking at you beet juice drinkers). That’s all pretty confusing! For me, these mixed messages don’t equal up to a solid link that says nitrites will cause cancer.

So nitrites are not inherently dangerous. What can be bad for us is when they are exposed to very high heat (such as grilling) – nitrites can be converted in to nitrosamines which are known to promote cancer in colon cells.

Interestingly enough, there have been a number of studies showing that conversion to nitrosamines can be limited by certain marinades (including those with rosemary- yum!) as well as by cooking over lower heat more often. Impact of nitrosamines on gut cells can be reduced by eating grilled meats with other anti-inflammatory veggies such as dark leafy greens. Its important to remember that we rarely eat a single food in isolation- and as usual it is more about a healthy, veggie packed plate at each meal than a single food or nutrient focus. 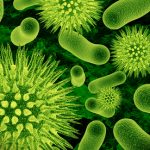 Other mechanistic studies have shown that red meat is linked to increased levels of TMAO production in our gut. TMAO has been shown to damage gut cells in high enough/frequent enough exposure. This happens via our gut bacteria, and it turns out is likely dependent on how healthy your microbiome in the first place. While we know that TMAO can be produced from red meats by those little guys, it is a handful of strains that are also known for generally being “bad guys” to start with. What this tells me is that population studies linking meat and cancer are likely confounded by the diet pattern issue- those with high intakes of red meat and processed meats have low intakes of healthy high fibre foods in general. We know that high intake of high fibre and nutrient rich foods (vegetables, fruits, whole grains, legumes) promote a more positive balance of bacteria in the gut- more “good guys”, less “bad guys” and likely less of a capacity to produce a significant amount of TMAO and other harmful substances in general. We also know that generally more “negative” bacterial strains in a gut is linked with inflammation and poor health outcomes like cancer independent of TMAO production or red meat intake. Research in this area is still early, but there is a huge interest in the scientific community at the moment so we should continue to see clarification of these issues over the next few years.

Focusing on overall quality and balance in your diet still reigns supreme. Keep on eating well!